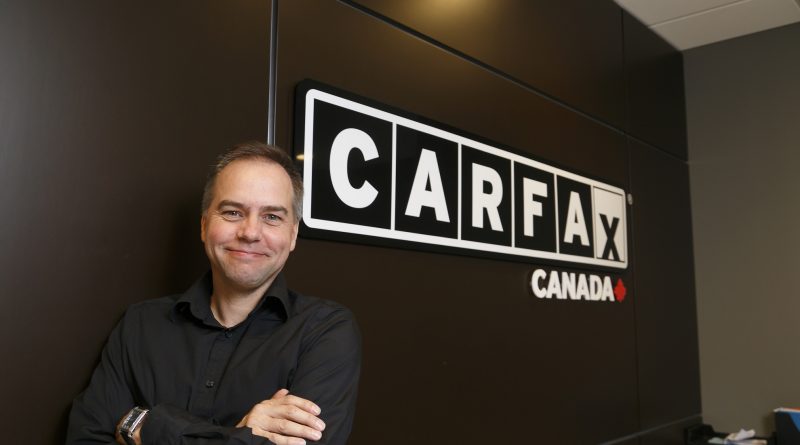 Unifying the vision, ­culture and operations of two ­organizations, Carproof puts a new face on the company

IF YOU’VE SHOPPED for a used car in the last few years, chances are you’ve ­encountered Carpoof, Canada’s definitive source of automotive information, delivering vehicle history, appraisal and valuation. Not sure why that Sunday special is priced just a little too low? Carproof illuminates any and all closeted skeletons when it comes to a vehicle’s registration history, odometer readings and reported damage.

Carproof was founded in London in 2000, and was acquired in 2015 by the parent company of Carfax, Inc., the leading provider of vehicle history information in the U.S.

After nearly two decades establishing market dominance as Carproof, an ­important decision was made after the acquisition to rebrand to Carfax Canada. With a national rebranding completed in October 2018, Carfax Canada now shares brand alignment with its sibling to the south.

“We knew that rebranding to Carfax Canada was going to be a massive undertaking and a large change for many of our partners, but we had an amazing opportunity to import a well-known brand into Canada and build it to suit the needs of our unique market” —Andrew Bryden

But how does a national company, ­especially one on this scale, decide when to rebrand? And how much more challenging is such an undertaking after 18 years in business?

“As you can probably imagine, rebranding an entire company was a large undertaking that impacted every department in different ways,” says Carfax Canada’s VP of marketing, Andrew Bryden.

“The first thing we did was an audit to understand the scale of what needed to change, both internally and externally. Next, we agreed upon the scope as a team, and our game plan to execute the change. Then, we worked extremely hard over the past six months to make it all happen—all while still running the day-to-day business. Throughout the project, it was important to make sure that the whole team was kept up to speed on the progression of the rebrand, so we sent out regular communications about the status, unique highlights and anything else that was important for them to know.”

Even though the project was vast in scope, Bryden says the benefits associated with rebranding were too great to ignore.

“We knew that rebranding to Carfax Canada was going to be a massive undertaking and a large change for many of our partners, but we had an amazing opportunity to import a well-known brand into Canada and build it to suit the needs of our unique market—so we went for it. It was very important to make sure our customers were aware of the new company name and look, while assuring them that everything at the core of who we are—our people, great customer service and leading products—was staying familiar.” 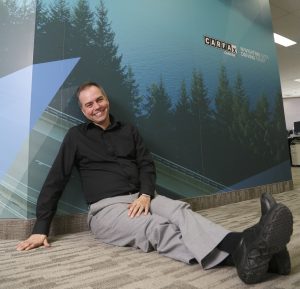 When rolling out a national rebranding, getting ­support from partners is critical. After all, stakeholders, such as dealerships in Carfax’s case, are ultimately the ones responsible for ­communicating the brand change to customers.

“The initial response from our partners has been very positive,” says Bryden. “We’ve stocked them up with fresh new Carfax Canada branded collateral and helped them navigate the change along the way. Dealers understand the value of the brand and are excited to utilize it to help them serve their customers even better while attracting new ones.

“The rebrand took incredible amounts of commitment, collaboration and strategy,” sums up Bryden. “We’re lucky to have such an outstanding team here who were able to make this rebrand possible.”