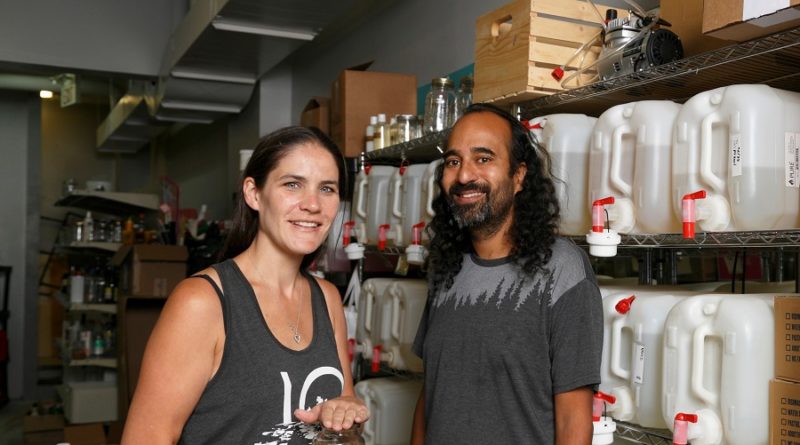 LOCAL SOCIAL ENTERPRISE Reimagine Co has announced it has achieved crowdfunding campaign stretch goal of $75,000 with the help of over 720 supporters from London and beyond.

Having achieved its initial goal of $50,000, Reimagine Co announced a stretch goal of $75,000 to raise funds for extra equipment requested by its customers, including nut grinders, juice dispensers, a milkshake machine and a popcorn machine. The stretch goal was reached on October 8.

“We are incredibly grateful for the community’s response to our crowdfunding campaign,” says Rajani. “Thank you to everyone who has donated and helped to spread the word. It’s been a tough time for small businesses, it’s a tough time for everyone, and community is the answer. Thank you to everyone for trusting us with your hard-earned cash and for co-creating this vision with us.”

The crowdfunding campaign remains open until October 15. Any additional funds will accelerate and expand Reimagine’s community education efforts to address waste, including a repair café, a tool library, cooking classes, and workshops on food canning and preserving, nutrition and food literacy.

Reimagine Co’s new 4,400-square-foot location will open in November 2020 and will house a retail store and package-free grocery store, with plans for a tool library, expanded event space, kitchen and café to follow in the next phase of development.