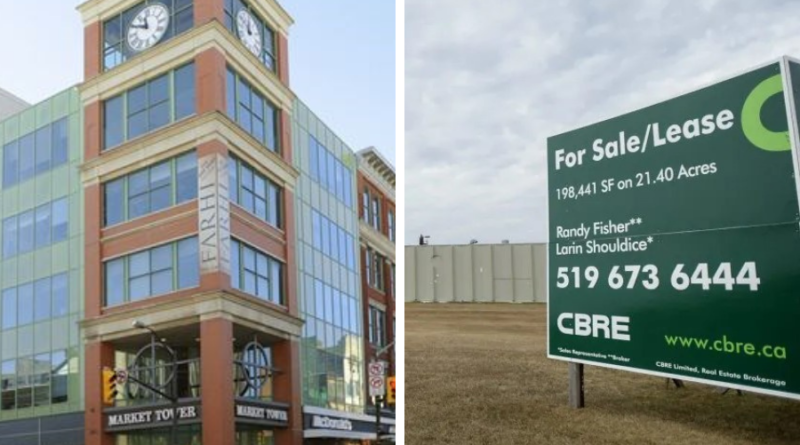 Commercial real estate Q3: Concerns deepen for the city’s downtown office market while supply shortages on the industrial side continue to hamper growth

WHEN IT COMES to London’s commercial real estate market, it continues to be a tale of two worlds.

According to the recently released CBRE Canada Quarterly Statistics Report for Q3, the London office market observed waning demand throughout the quarter. Increased vacancy is being felt across the city and all product types, with the core most severely impacted, with vacancy reaching 19.3 per cent.

“Downtown, the elephant in the room is the social problems, which were an issue going in [to the pandemic]. Attracting employees into the core has proven challenging for employers” ―Ted Overbaugh

Ted Overbaugh, senior VP and managing director on CBRE’s Ontario team, told London Inc. that with many businesses remaining in a wait-and-see mode regarding future work models, questions about office space in the core are near impossible to answer.

“It’s the question of the day on the office market: where are we trending and where do we go from here?” says Overbaugh. “I think the whole dynamic of the office market is still going to play out ― and play out over the next couple years. A lot of people are still trying to figure out who comes back and who can be flexible. It’s still a work in progress.”

On the suburban office side, the market also experienced a vacancy increase of 60 bps to 7.2 per cent, but this remains below the five-year average of 10.6 per cent and its pre-pandemic Q1 2020 vacancy rate of 10.2 per cent.

“For London, it’s almost like a tale of two markets — it’s the suburbs and it’s downtown. The suburbs are performing well — there’s amenities, there’s free parking. Downtown, the elephant in the room is the social problems, which were an issue going in [to the pandemic]. We’ve got some fairly significant issues in the core. Attracting employees into the core has proven challenging for employers.”

In addition to those social issues, with the pandemic accelerating trends like the adoption of digital business solutions and work-from-home policies, it is leading many companies to experiment with reducing their physical footprint as their leases come up for renewal.

And on top of that, with many Canadian municipalities charging commercial tax rates of two to four percentage points higher than residential tax rates, revenue shortfalls are quickly becoming an ongoing municipal reality because of the commercial real estate decline in downtown areas. 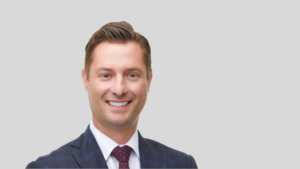 Lump all of those factors together, and many industry observers believe it is time to start looking at ways of repurposing and refinancing core-area commercial buildings for different uses.

“I do think that’s something we’re going to have to give a good hard look to,” says Overbaugh. “We’re going to need to put our collective heads together. Is it new uses, is it residential? There’s going to be shakeups in the office market for sure, and I think there’s more fallout to come as vacancies continue to trend upward in the near-term. Downtown London is a perfect example of that.”

Looking at the city’s industrial real estate market, it’s a problem of a completely different sort as strong demand continues to outpace new supply, with virtually no available real estate to satisfy it.

And further underscoring the current supply shortage, market activity in Q3 saw net absorption equal 55.7 per cent of the now remaining available space. As a result, the availability rate decreased 30 bps to 0.9 per cent, meanwhile vacancy remained unchanged at 0.8 per cent.

“It is a problem,” says Overbaugh. “We’re facing a real shortage of available space. When you look at London, there’s very little speculative development. It’s probably going to prohibit some growth that we’d like to see.”

“Compared to trying to buy land in neighbouring municipalities such as Brantford and Waterloo, London is still cheap” ―Ted Overbaugh

With virtually no available space, average net asking rental rates on the industrial side continue to climb, escalating 26.1 per cent year-over-year to the current rate of $7.16 per square foot. Likewise, average sale prices have faced similar upward pressure and increased by 84.8 per cent over the same timeframe to $120.28 per square foot.

“It’s needed and it’s probably overdue; you can easily justify it in the market,” says Overbaugh. “Compared to trying to buy land in neighbouring municipalities such as Brantford and Waterloo, London is still cheap.”

With files from Kieran Delamont