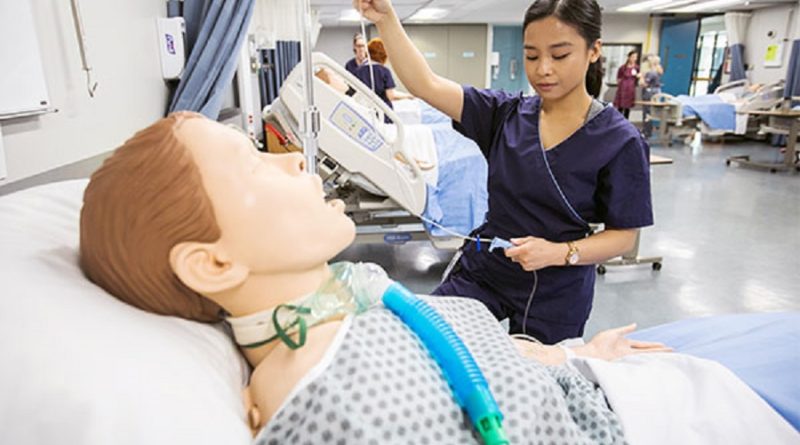 WESTERN UNIVERSITY IS helping solve a healthcare shortage by creating a shorter pathway for registered practical nurses (RPNs) to obtain earn a Bachelor of Science in Nursing degree.

In an initiative believed to be first of its kind in Ontario, Western has opened spaces for 10 RPNs to be eligible to become registered nurses (RNs) in a compressed timeframe of 19 months.

Ordinarily, college-graduated RPNs wanting to become RNs would take a three-year bridging program of university courses, which is offered at some universities.

This pathway, a partnership with Fanshawe College, recognizes that RPNs already have a strong nursing foundation and many RPNs have already earned university credits, says Vicki Smye, director of the Arthur Labatt Family School of Nursing at Western.

“RPNs are nurses, highly skilled nurses. Their scope of practice is very close to that of a registered nurse but they need to spend more time with the theoretical underpinnings of nursing to advance their nursing practice,” Smye says.

There are qualifiers to those who will be accepted: in this first year, the program is open only to Fanshawe-graduated RPNs who have also earned at least 70-per-cent averages in five or more previous university courses.

The intent is to increase the number of accepted applicants in coming years.

The new pathway is timely, with the pandemic having exacerbated Ontario’s nursing shortage, Smye says.

“We are in a shortage crisis and I think this is one of the worst we’ve seen in a long time. We need nurses – all nurses – but in particular we’re concerned with the shortage of RNs,” she says. 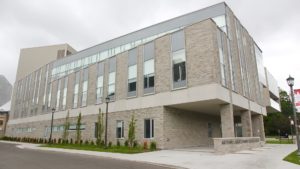 The Arthur Labatt Family School of Nursing at Western

“Given the shortage and given what we know about RPNs’ practice now, it seemed to us that it made sense to offer this pathway within our existing BScN compressed timeframe program.”

In Ontario, about 4,500 of the province’s approximately 47,000 RPNs have completed a university degree; many more do not have a degree but have earned university courses.

This is a shorter pathway – but not a shortcut, Smye says.

“There are all kinds of different students with different experiences and qualifications and we want to be as inclusive as possible. This diversity enriches nursing.”

Since 2005, all Ontario RNs must have an undergraduate nursing degree, either through a direct-entry, four-year BScN (which could be in a collaborative college/university nursing program or standalone university program) or a second-entry BScN nursing program for people with previous university education similar to Western’s compressed timeframe program. Upon graduation, these nurses are qualified to care for patients with complex needs.

Becoming an RPN, meanwhile, entails graduating from a two-year college program. RPNs’ scope of practice has increased dramatically over the past decade but the programs do not have the depth of theory, such as research foundations, compared to those who have nursing degrees.

The university courses in the RPN-to-BScN pathway will take into account the foundations the RPNs already have in their educational and their clinical experience.

“It’s not just about graduating more nurses. It’s about ensuring these nurses have the education, knowledge and skills they need to hit the ground running and to provide leadership in the practice domain when they begin their practice,” Smye says.